Karen Whyte is an artist who works from her home studio in Ottawa. She retired after a thirty year nursing career in 2004. A lifelong wilderness enthusiast, she still finds the time and energy for canoeing and kayaking adventures with her husband. It is on these expeditions that she finds the inspiration for her art. 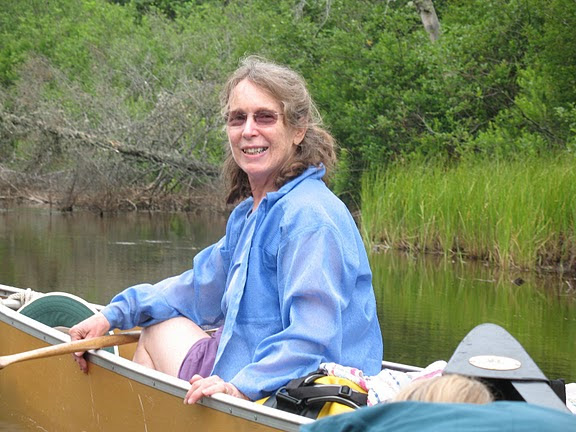 She uses photographs and plein air sketches to capture the loveliness of the woods and waterways. Later, in her studio, she translates these images into moving paintings and charcoal drawings.

Karen began painting with watercolour and pastels and then turned to oil painting. She received her Bachelor of Fine Arts (Studio) from the University of Ottawa in 1998. Since then she has exhibited in group and solo shows and at charity events. Her works are also on display in public venues such as the Ottawa Hospital and the Dow’s Lake Court Conference Centre.

Originally from Halifax NS, Karen has lived in Ottawa through most of her careers as a nurse and as an artist. Her wilderness explorations have mostly taken place in Algonquin Park and other nearby Canadian Shield destinations.

Her sensitive and perceptive observations of the complexity and beauty of the wild, and the play of light within it, are exquisite. We are honoured to have them in our gallery. "There is a low viewpoint in many of my works that suggests a vantage point from water. This is largely because I have spent a lot of time canoeing and kayaking in Algonquin Park and in Canadian shield country and the scenes that attract me the most are ones I see from a canoe. The viewpoint from water to shore enchants me. ... My paintings are naturalistic and I tend to work in layers of colour with some scraping out to effect my vision of a place. I would like for myself and the viewer to be able to enter the painting and to wander in that space." - karen whyte